VM Wealth Unit Trust has acquired The Towers at Dominica Drive in New Kingston from Cable and Wireless Pension Fund, which first put the building on the market more than eight years ago to disappointing results.

The acquisition was the first purchase by the unit trust’s new property fund, according to Rezworth Burchenson, deputy CEO of Victoria Mutual Wealth Management Limited.

Burchenson also heads Prime Asset Management Limited, a company that provides pension-management services for the Cable and Wireless Pension Plan. Prime and VM Wealth are members of the VMBS group.

However, he said despite his two hats as CEO of Prime Asset and Deputy CEO of VM Wealth, the transaction was above board and done along strict guidelines.

“The property went on the open market and the trustees looked at a lot of bids from many high net worth and institutional investors and they chose us because ours was the most attractive,” he said.

The VM/Prime executive was imprecise on the value of the transaction, saying only that VM Unit Trust paid “$1 billion-plus” plus for the property. Titles Office records show that land transaction amounted to $1.38 billion.

“Our calculations have indicated that real estate is one of the better performing asset classes over the long-term, and this portfolio allows investors a vehicle to participate in that growth. We anticipate great returns from our purchase of The Towers – over 10 per cent per annum in the long-term,” Burchenson said.

The Towers was initially placed on the market back in 2008, but failed to garner the type of offer that the plan trustees were hoping for.

” … They didn’t, at the time, get decent responses,” Burchenson said.

The Towers rises 10 storeys high and spans 112,000 square feet. It sits on two acres of land in New Kingston. The building is to be rebranded in coming months, and given a makeover over the next five years under an investment programme that VM is developing. The idea is to restore the property to its former glory.

“We have a capex programme that we’re finalising to be rolled out over the next five years. It will deal with things like the look and feel, and the aesthetics. That will include the lobby and a few other areas,” Burchenson said.

“It’s too early to say what we’re going to do, but we do know that we want to reposition the building. It is a very attractive property in New Kingston and we want to bring it back to what it was in the 1980s,” he said.

VM Unit Trust was launched in September 2016. It has five products on the market – four bond funds and one equity fund, all denominated in US dollars. The property fund is its sixth offering.

“Our property fund was created in a drive to provide a range of portfolio options to our clients based on their needs and risk profile,” said Burchenson “We are in the process of finalising major efforts to build out this portfolio while allowing some diversification into other segments of the real estate market.”

The most recent data published by the Financial Services Commission valued the sector at more than $146 billion by assets under management at March 2016.

Burchenson said VM’s equity portfolio was “the best-performing equity fund in Jamaica with a return of 16 per cent up to December 2016”. 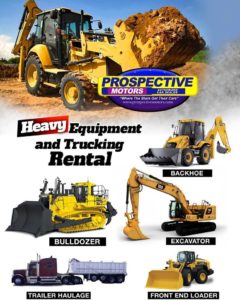