A resolution seeking to increase the fees charged by the Kingston and St Andrew Corporation (KSAC) for building applications was approved at the council’s meeting on Tuesday.

Under the new schedule, the proposed building application fee for residential single-and multi-family units will be increased from $65 per square metre to $160 and $220 per square metre, respectively.

Jamaica Labour Party (JLP) councillor Vernon McLeod, who moved the resolution, said the building fees charged by the KSAC were the lowest in comparison to the fees of the other local authorities and municipal corporations. He said that own-source funds collected by the corporation had declined and that the cost of running markets had to be subsidised from other funds.The last time the KSAC fees were increased was 16 years ago, he pointed out. He said that whereas other councils collected fees for amendment to approved plans, the KSAC had not been doing so, but would shortly be charging a fee for this service.

The increases were decided on after the Technical Services Department did a comparative analysis, McLeod said.

People’s National Party (PNP) councillors, although supporting the resolution, urged the JLP Administration to give a commitment to continue to improve the turnaround time for building applications instituted by the PNP.

PNP councillor Patrick Roberts (Molynes Gardens Division) said that the approval for building applications must be “delivered at a level the people expect”.

In the meantime, PNP councillor Angela Brown Burke (Norman Gardens Division) said that the issue of corruption and lack of transparency in the building applications system should not be overlooked.

She said that transparency could be ensured by improving efficiency. “Having approved an application, the applicant should be notified within seven days.”

She said that the KSAC website search technology needed to be improved to assist applicants for building approval to track their applications. 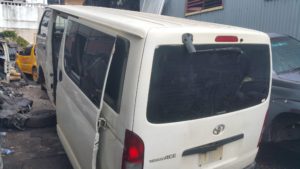 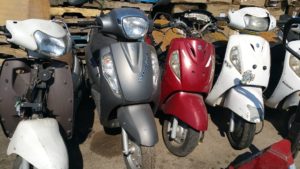