Double Olympic sprint champion Elaine Thompson could not contain her joy after she was signed by telecommunication firm FLOW as their first female brand ambassador.

Thompson, 24, who became the first woman in 28 years to win gold in the 100m and 200m at the Rio Olympic Games last August, signed a multi-year endorsement deal.

“It is a wonderful feeling and I am really happy to be on the team and be their brand ambassador,” said Thompson after a photo shoot at FLOW’s headquarters on Half-Way-Tree Road yesterday.

“When I was at the Milo Western Relays, Mr (Bruce) James sent me the photo of the photo shoot. I could not believe the progress that I have come through and this means a lot to me, and I will continue to work hard and to achieve my goals to be at the top,” said a beaming Thompson.

The sprinter, who only a few year ago was a relative unknown, shot to prominence after mining a silver medal in the 200m at the 2015 World Championship in a splendid time of 21.66 seconds. It was the second-fastest by a Jamaican, only behind one of her idols, the legendary, Merlene Ottey (21.64).Thompson is also the joint national record holder over the 100m with 10.70 seconds, alongside her contemporary idol, Shelly-Ann Fraser-Pryce.

“It is a big deal for me and I will have to learn to hold my composure on the street because a lot of persons are going to comment, saying like how you are with FLOW I wish their Internet could do this or that. But I don’t mind that, I will just have to do my work and stay as team FLOW,” Thompson explained.

Thompson, who hails from the quiet community of Banana Ground in Manchester, strongly believes that this ambassadorial role by FLOW is a positive one.

“I think this is sending a message to the kids because when I go on the streets and at track meets, the way how they react to me, I think they are attached to my lifestyle and how I have transformed. I am willing to be a good role model and do my work and be responsible towards them,” said Thompson.

Carlo Redwood, FLOW’s vice-president of marketing and products, believes his organisation has signed the ideal person for their brand.

“We are very, very excited about it. We have been working on it for a little while. We wanted to get a brand ambassador that was new, fresh, high achiever, making all of us proud,” said Redwood, after giving Thompson a tour of the main show room at FLOW.

“She is the double Olympic champion and she is a very special talent, but not only the talent, but the individual. She is very real, very down to earth and we love that about her, and we just thought that it was a real good partnership,” Redwood said.

Thompson, already an ambassador for the National Commercial Bank (NCB), and who was snapped up by Nike last year, will have her hands full promoting the wide array of FLOW products.

“We will have tons of give backs, tons of promotions, tons of activities with our customers and with Jamaica generally. So, there is a number of ways we looking to use her from both a promotional and commercial standpoint,” said Redwood.

Lovely lot with view of the ocean

Lovely lot with view of the ocean, the property is located in a well sought... 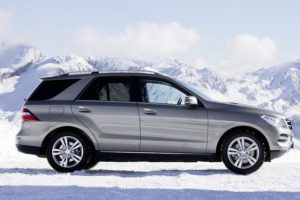