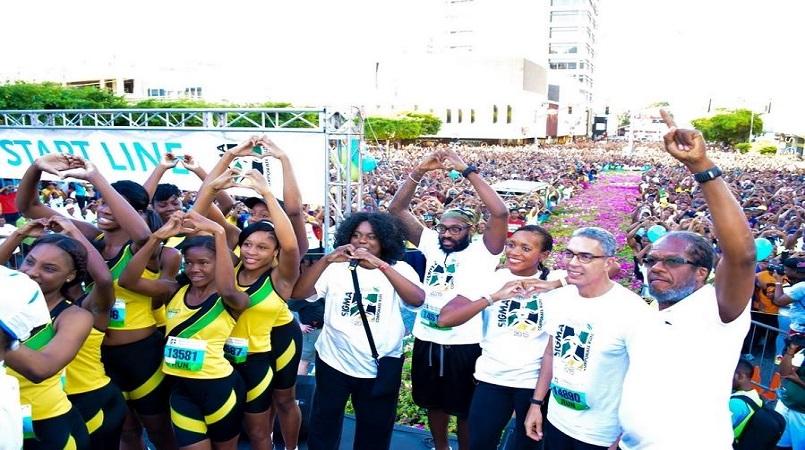 Last year Sagicor raised $35 million and for this year it is looking to almost double that figure.

Now in its 19th year the Sigma Run is well established on the national calendar and is regarded as the benchmark set for all corporate runs in the Caribbean.

Sagicor’s Group Head of Marketing Ingrid Card and her team have been set a challenging task and it has taken a herculean effort to get people signed up in order to raise that  $60 million.

As of the end of last week, the team was $20 million shy of the target but are encouraged by the level of participation.

Card has been particularly impressed by the level of cooperation by both Corporate Jamaica and individuals both in Jamaica and the Diaspora.

Registration to participate closed on February 7th for what is expected to be a spectacular turnout.

A high level of the contributions are being made on internet and e-commerce platforms and the Sagicor team is urging people to donate to a most worthy cause in an effort to assist these underfunded homes and hospitals.