According to organisers, a first class entertainment and family package is being put together to accommodate what is again expected to be a huge turnout of patrons.

“The Jamaica Tourist Board is happy to be on board this bona fide gastronomy event,” explained Paul Pennicook, director of tourism for Jamaica.

“We are very comfortable supporting these kinds of family-oriented events that have the potential to boost our tourism offerings. We are also happy that the resort town of Ocho Rios has this quality event to look forward to over the Emancipation/Independence holidays.”

For his part, Fernando Davis, one of the event’s senior directors, said organisers were pulling out all the stops to ensure they deliver what he calls ‘the grand gala’ of the north coast for Emancipation Day.

“We are putting together what we believe will be one of the biggest family-oriented events for the summer,” said Davis.

He added “We have Hah-R-Mony Entertainment, one of the top entertainment companies on board, as well as Marksman, the Jamaica Tourist Board, and also the Ministry of Culture, Gender, Entertainment and Sport.”

The long-term goal, Davis says, has always been for the Ocho Rios Seafood Festival to be an integral part of the social and cultural entertainment/

culinary calendar, “a goal we believe we have already achieved”.

“This will be a day-night affair and will have a family-oriented theme throughout. There will be a children’s area with swings, rides and a bounceabout, while the rest of the park will be decorated with food stalls and display booths,” he emphasised.

Davis further explained that despite facing a number of challenges over the years, including dwindling sponsorship dollars, the Ocho Rios Seafood Festival has managed to “stay afloat” and is again ready to reclaim its mantra as one of the leading culinary shows in the country.

“Like everything else, we have had our ups and downs,” he explained. “I mean, the economic climate has been really tough and many of our potential sponsors have been feeling the pinch. We have had to do many adjustments to our marketing strategy and are now comfortable enough to predict that the 2017 edition of the Ocho Rios Seafood Festival will be the biggest and best we have seen so far.” 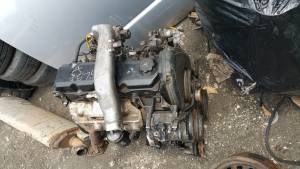 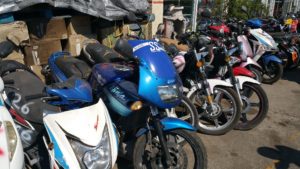