ernor General Sir Patrick Allen this morning officially opened the MV Logos Hope Book Fair, as the world’s largest floating book ship makes its latest voyage to Jamaica.Speaking at the opening ceremony, the Governor General said it is significant that the vessel is commencing its tour at the climax of Reading Week and as the City of Kingston is observing its 145th Anniversary.

“In Jamaica we are coming to the end of Reading Week and it is significant that you appear to put the icing on the cake, with the Logos Hope carrying the Word of God as well as many inspirational and educational titles,” the Governor-General said.

Sir Patrick applauded the ship’s captain and crew for their volunteerism, stating that as non-salaried volunteers, it is inspiring to know that there are people who still believe that they can help others without being paid.

“With the broad range of age groups and the wide variety of professional experience, from the captain to the newest member of staff on board the vessel, Logos Hope represents a microcosm of what the larger community should and must be,” he said.

He further noted that there was a similarity of vision between Logos Hope and his own I Believe Initiative, which focuses on volunteerism to impact youth, family values and education.

“With our similarity of vision, and as Logos Hope continues to foster goodwill throughout the world, we should consider how we can collaborate to enhance the IBI with Logos Hope so that you can have a community footprint in Jamaica and even after you are gone, and continuing ’till you return,” Sir Patrick stated.

He commended the crew for the wide range of aid and relief activities undertaken around the world and expressed the hope that as the people of Jamaica interact with crew members on and off the vessel, “they will be inspired and given hope for restoration of relationships in their families and their communities.”Logos Hope is operated by the German Charity GBA, which stand for ‘Great Books for All.’ A Christian mission, Logos Hope is a floating community that reflects international cooperation and goodwill. It has a crew of approximately 400 volunteers representing 60 nationalities. 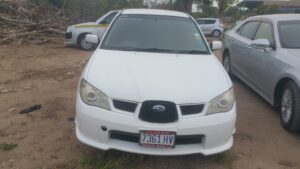 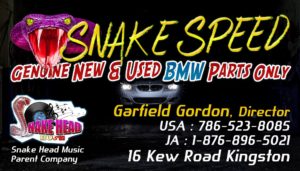