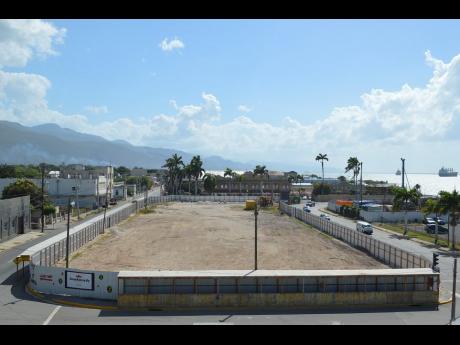 The site where the new GK Headquarters will be developed at Harbour Street, Kingston, is ready for construction to begin.

The new headquarters for food and financial services conglomerate GraceKennedy Limited (GK) will provide 180 mostly local jobs during its construction, which has been hired out to a Chinese contractor.

China Sinopharm International Corporation (CSIC) won the bid ahead of three other companies to construct the 10-storey building.

GraceKennedy and CSIC signed the contract on February 10, and work began on March 1.

“CSIC met the requirements of a selective tender issued in September 2016. Four bids were submitted, two from local and two from overseas service providers,” the conglomerate said in a release on Friday.

An analysis of the bids revealed that Sinopharm was within two per cent of the estimate of the construction cost, as assessed by local chartered quantity surveyors, Berkeley & Spence, added the release.

Eighty per cent of the labour for the project will be Jamaican, hired from within and outside the downtown community.

“Over the life of the project, there is potential for up to 150 Jamaican skilled and unskilled labourers to be employed directly or through subcontractors to the project. The contractors will use a maximum of 33 specialists from outside of Jamaica. Any change to the number of external labour needed will require special approvals,” said GraceKennedy’s Group CEO Don Wehby in the company statement.

The overall cost of the project is expected to be US$25 million with a completion target of November 2018.

“This is an important project and another demonstration of GK’s commitment to downtown Kingston. The building will add a contemporary look to the area while increasing the use of downtown for commercial activity. This is GK’s fourth development on Harbour Street and, as with our recent projects, the immediate community as well as wider business community, are key partners as they supply labour and professional technical services to the site,” Wehby said.

So far, GraceKennedy said it has spent $330 million to procure the services of professionals, vendors, labourers and to pay regulatory fees to bring the project to its present state of readiness. Local quarries provided 4,000 metric tonnes of stone for use in the soil-strengthening process. Additionally, a list of local well-known professional service providers has been provided to the contractors for their review and selection.

“This has been such an interesting project. I’ve learnt a lot about the geology of the area and the extraordinary expertise required for building here. We have spoken with the partners about facilitating tours and other learning opportunities for students of construction and architecture. This construction is a benefit to downtown Kingston and to all Jamaica,” Wehby stated.

For 95 years, GraceKennedy has called downtown Kingston its home. In 2012, the GK Financial Centre was constructed at the corner of Harbour and Duke streets, and in 1997, a new corporate office was developed at 73 Harbour Street.

Additionally, through the Grace and Staff Community Development Foundation, two homework centres are run in the Parade Gardens community located on Tower Street and Water/Ladd Lane. More than 340 children receive extra lessons, counselling, mentorship and exposure to science, computer use, music and technology, explained the release. GK plans to renovate the homework centres and increase their capacity to serve children over the next five years.

“Grace and Staff is also active in schools within the area, assisting with breakfast programmes and other interventions,” the company said. 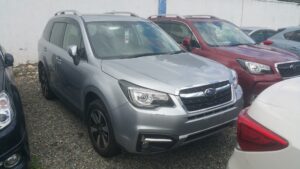