With respect to the situation surrounding the video Afterall, which was released on May 18, 2017 and directed by Jay Will, the artiste reserves the right to creative licence in expressing the contents of the song artistically with the relevant props. However, we do understand the position of the JCF (Jamaica Constabulary Force), considering the rise in crime and violence in the country. The management, therefore, would like to apologise to the JCF and or anyone who may have been affected by the contents portrayed in the video. No ill intentions were meant or directed towards any member of the JCF and we are in full support of the fight against crime and violence in Jamaica,” a release from Jay Will Films stated.

At the same time, Jay Will Films, while defending Alkaline’s right to creative expression, extended an apology to the Jamaica Constabulary Force (JCF) and particularly female police officers “who may have taken offence” to the film.

The video, which features gun-toting and weed-smoking cursing characters, is on YouTube and has been widely circulated on social media. The scenes which also depict a woman dressed in the uniform of the JCF, performing explicit sex acts, has elicited outrage from the police commissioner and the force, promoting an investigation, as other persons dressed as members of the JCF and what appears to be a marked police vehicle, are also shown in the video.

Jay Will Films insisted yesterday that the creators of the short film meant no harm. “This was not created or conceptualised to offend anyone or did we mean any ill intent. We were simply expressing a fictional depiction of a corrupt officer in a corrupt situation. We honour and respect our police officers for making our families and our children safe day-to-day and by no means mean any disrespect to the honest and hard-working police women and men on the force,” Jay Will Films stated. It added: “We are content creators and we do have a responsibility to depict realistic situations but at the same time it’s our duty to paint a positive picture on our country when we can, so with that said I would just like to apologise to anyone who may have been offended by our film”. 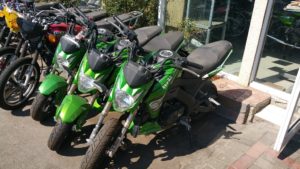