, noted that his team and sponsors, Wray & Nephew White Overproof Rum, are excited about the new location at 1A Marescaux Road in Kingston, because they believe the outdoor venue will allow them to better serve Contender fans.

“We’ve seen an increase this season in the numbers of persons who want to view the fights live on a weekly basis. We have projected an increase in demand for tickets and that led us to shift the venue for the semi-finals and final fights from the Chinese Benevolent Association to The Mico University College,” Kenny said in an interview recently.

He continued to emphasise, “It’s been a very successful series. We have outgrown our capacity there and we haven’t taken the Wray & Nephew Contender outdoors since year one, when the finals for season 1 was held at the Constant Spring Football Field.”

Kenny added that testing of outdoor venues for Contender fights was conducted prior to the start of this season in March, with four Road to Contender fights held in St Thomas, Ocho Rios, St Elizabeth and Kingston. These, he said, were all successful and well supported by fans.

Semi-finalists Tsetsi Davis and Sakima Mullings, who last fought against each other in the 2014 Wray & Nephew Contender final, will face off on Wednesday, July 5, while Richard ‘Frog’ Holmes will be up against Canadian Phil Rose on Wednesday, July 12. Winners from both semi-finals will fight for the 2017 title in the final on Wednesday, July 26.

Pietro Gramegna, Marketing manager, J Wray & Nephew Limited, expressed elation about the change in venue as this season of the Wray & Nephew Contender climaxes: “It’s been an exciting season, filled with overwhelming support from fans at the Chinese Benevolent Association in the last three months. Over the years, Wray & Nephew Contender has become a fixture on Wednesday evenings for many Jamaicans who either tune in via Television Jamaica or watch the fights live. Wray & Nephew Contender has embodied the unmistakable competitiveness of our Jamaican spirit. We are pleased that the semi-final and final fights will be held at a larger outdoor venue. This is a major step which will allow more boxing fans to be able to witness

Tickets for the upcoming fights cost $800 for general admission and $1,800 for VIP. A special season pass for all three fights costs $4,000. These can be purchased at Western Sports, Twin Gates Plaza; Total Dunrobin; and Jus Call Couriers.

The three remaining fights will be broadcast live on Television Jamaica at 9:30 pm. 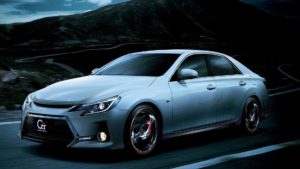