“Already, 32,000 visitors came to Jamaica last year via Airbnb… ; this level of (diversity) in the way accommodation is offered is broadening the base of ownership within tourism and is enabling a wider entrepreneurship to emerge,” the minister noted.

Bartlett also says he will meet with representatives from Airbnb in April to advance the MOU.

He made the disclosures during a tour of the community of Trench Town in Kingston on Thursday.

The MOU seeks to establish a framework for cooperation to boost and diversify Jamaica’s tourism product as the Government seeks to attract more visitors and improve earnings.Airbnb is an online community marketplace for people to list, discover and book unique accommodations around the world whether an apartment for a night or week, or a villa for a month.

The platform is now surpassing some major hotel chains in terms of the number of beds offered.

Bartlett pointed out that the majority of the 1,200 accommodations in Jamaica registered under Airbnb are from Trench Town and other inner-city communities.   Other locations include Portmore and on the north coast.

Executive Chairperson of Jammin Tours, Nora Blake, said any plans to include Kingston as a tourist destination must begin with Trench Town, due to its designation as the birthplace of reggae.

She pointed out that the creative industry is contributing millions of dollars to the economy.

“Trench Town has a special appeal because of its musical start. We want to see thousands of visitors from cruise ships come here…. we are rebranding and repositioning Trench Town,” she said.

Already, Cole has designed a number of sculptures around Trench Town, including one of reggae icon Bob Marley.

Bartlett is scheduled to meet with Blake and Cole for further discussions on development plans for the area.

The tourism minister’s visit to Trench Town was to observe work being undertaken to position the area as a major visitor attraction.

He toured several locations, including the Trench Town Culture Yard Museum, which presents a display on the history of the area, including articles, instruments and furnishing used by Bob Marley, Peter Tosh and Bunny Wailer.

He also stopped at the old Ambassador Theatre, which hosted some of Jamaica’s most memorable entertainment, including a performance by the Wailers in the 1960s. 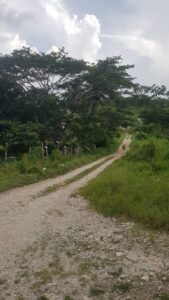 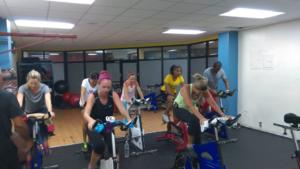