MONTEGO BAY, St James (JIS) — Prime Minister Andrew Holness on Friday (February 24) broke ground for the construction of 1, 500 housing units to be known as The Estuary in Friendship, St James.

The development, which is being undertaken in partnership between the National Housing Trust, (NHT) and the West Indies Home Contractors Limited, (WIHCON) is being done at a cost of $7 billion.

The units are expected to be constructed on 254 acres of land and the scheme is set to be completed by December 2019.

In his remarks, the prime minister said the commencement of the project was made possible through a focused approach by the government in resolving the challenges, which came to the fore.

He informed that approval for the development, which is aimed at low-income earners, was done in “record time”.

“We looked at what the NHT had in the pipeline and we saw what the obstacles were and we set about removing those. We are going to be building 1500 units for the working people of St. James…the people working in the tourism sector, the teachers, the Policemen… et cetera,” Holness said.

Meanwhile, Holness informed that the NHT has six new projects set for implementation by March 21, with ground be broken for the construction of an additional 24 housing schemes across the island by the end of this year.

The prime minister said these developments are clear indications that positive things are happening in Jamaica.

“We must be persistent when people try to consistently tear down what is good for Jamaica. I am sure we can all gather around the NHT to ensure that we are constructing a bright and prosperous future for the people of Jamaica,” Holness said. 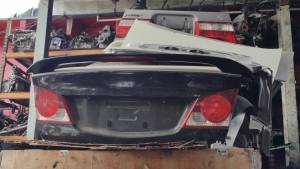