KINGSTON, Jamaica — Veteran Dancehall deejay Ninjaman was a short while ago given a life sentence in the Home Circuit Court for the March 2009 murder of Ricardo Johnson.

He is to serve 25 years before being eligible for parole. He was given 20 years for shooting with intent and life imprisonment for murder.

The DJ gave the thumbs up after the sentence was handed down.

His co-accused — son Jahneil, and Dennis Clayton — were also handed life sentences, with 15 years before being eligible for parole.

A seven-member jury comprising four men and three women handed down the verdict in Home Circuit Court in Kingston after three hours and 11 minutes of deliberation.

an, whose given name is Desmond Ballentyne, along with his son, Janeil, and Dennis Clayton, were on trial for the 2009 murder of Johnson in the Lower Mall Road community of Kingston.

Ninja Man and his co-accused had been on trial for the five weeks in a hearing that was closed to the public because it is a gun matter.

“A suh it go man,” Ninja Man said as he and his co-accused were led away in handcuffs.

He is to be sentenced on December 15.

During the trial, the prosecution called a total of seven witnesses including three civilians.

The case, which was first mentioned in court in 2009, has had 17 missed trial dates and 23 mention dates in eight years.

When it finally got underway in the Home Circuit Court last month, Justice Gayle revoked Ninja Man’s bail and he was taken into custody.

Two weeks later, Ninja Man fell ill and had to be taken to hospital.

He had suffered a mild heart attack. 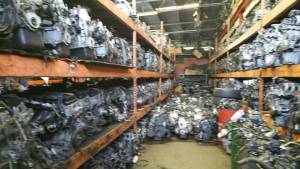