The fun space inside Hope Gardens, which had housed the popular Coconut Park amusement facility, reopened last week after being closed to the public for 20 years.

It is being operated under a new name, Funland Jamaica, by new operators FYI Consultancy.

The first phase of its operations began Friday, and will run throughout summer, with a temporary set up using mobile rides, said Paula Pinnock, managing director of FYI Consultancy.

At a press launch last week, Pinnock explained that this will allow Jamaicans to once again become familiar with the park as the company continues to work on its long term permanent plans.

During the hour long press conference various groups spoke about their past and current involvement with the park. The Chairman of Nature Preservation, Leslie Chung stated that he was pleased that, after years of being approached by many individuals to lease the space, they finally found the perfect operators in FYI Consultancy.

His sentiments were echoed by Victoria Pair, who is not only a former employee of the Park, but is also the daughter of one of the founders of the original Coconut Park.

According Pair, the park was not just a fun place but it had sentimental values to her family and she believed that the purpose of the park will be fulfilled by FYI Consultancy.

After taking the attendees of the press conference through a powerful presentation of the devastation that the park had endured over the last 20 years, Pinnock then revealed the second phase of development planned for the park.

The new Design for Funland includes state of the art rides and water park features and will also boast a Usain Bolt Speed Track, she said. The Bolt track will be a Go Kart track at the park, replacing the former bumper cars.

Funland Jamaica Summer Days began operations on July 21st and will run until September 3rd, from Friday to Sunday. Operating hours are 10 am – 7pm and entry cost $300 for children 11 and under and $500 for 12 and over. 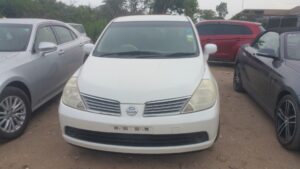