will release his official debut album Chronology. “Evolution,” “uprising,” “continuation” and “Rastafari” – are words used by the 24-year-old singer-songwriter. The identifying aspects embody every nuance of his long-awaited opus. They tell the story of a young Jamaican music prodigy whose conscious views of the world carry the tradition of the island’s forebearers, yet also blazes a new path for traditional and non-traditional listeners. Since 2012, Chronixx has organically built that devoted fanbase, turning industry heads as one of Jamaica’s fastest, most-promising talents to represent the iconic Caribbean island to a global audience.

Billboard announced details about his forthcoming LP Chronology accompanied by a streaming preview of the album’s next single “Skankin Sweet” produced by the French duo Bost & Bim. The “richly textured one drop groove” will be available through all online retail platforms May 19, 2017, the same day to pre-order the album.
Chronixx is currently touring in support of release. See full list of dates on www.chronixxmusic.com. 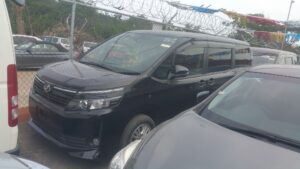