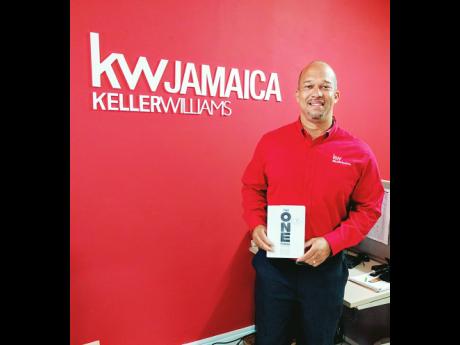 The world’s largest real-estate franchise, Keller Williams, has awarded a permit to St Ann-based Meldam Realty to operate to operate offices in Jamaica under the American-based company’s name.

Chief executive officer of Meldam, Rory Marsh, said the company will serve as the regional operating principal of KW Jamaica. Meldam will rebrand into a Keller Williams franchise, and according to Marsh, the process began in February this year to strike a balance between what his 45-year-old company represented and what Keller Williams has brought to the table.

He said that “because Meldam has been around for more than 40 years, we are trying to keep the connection but eventually Keller Williams Jamaica will be the dominant name”.

Nine real estate professionals – representing the full complement of Meldam, which has been operating mostly on Jamaica’s north coast – will initially make the transition into KW Jamaica. With the franchise, Keller Williams will have agents all across the island, with the first offices being in Barbican, St Andrew, and Coconut Grove in Ocho Rios, St Ann.

Marsh said that over the projected two-year transition period, he expects to grow the sales force to more than 50 agents, adding that the franchise arrangement represents a big opportunity for his team.

Along with a team of business and investment principals, he will oversee the implementation and expansion of Keller Williams systems, models and agent-centric culture. The Millionaire Real Estate Agent, written by Gary Keller, has served as Meldam Realty’s training manual since 2011.

“The basic Keller Williams philosophy is to give the agents more so that the agents can do more,” he said. “The commission rate actually goes up to 100 per cent once you hit a certain level,” he added.

Marsh is a Realtors Association of Jamaica member and recently won the St Ann Chamber of Commerce’s Young Entrepreneur Award. He says he has been associated with Keller Williams for more than five years and the association has been paying dividends.

“I began using some of the same principles outlined by Gary Keller in his book, Millionaire Real Estate Agent. By following the principles, Meldam Realty has increased its sales each year with the same amount of agents. Now that Keller Williams is the largest real estate franchise by agent count in the world, it is only prudent that we formally take advantage of the synergies,” he said.

Austin, Texas-based Keller Williams Realty, Inc is the largest real estate franchise by agent count in the world, with more than 800 offices and 154,000 associates across the Americas, Europe, Africa and Asia. In 2017, Training Magazine named Keller Williams the number one training organisation across all industries worldwide. It had sales of over US$273.6 billion in 2016 and paid out to agents US$154.4 million in profit share. Marsh says a lot of time was spent on both sides to get the right fit.

“It is about two years that we’ve been doing due diligence on each other, and I am sure, like on my side, they were trying to make sure that they had the right partner. For them ,it is not about just selling a franchise, it is about establishing and protecting their brand,” he said.

Marsh says that since the launch of Keller Williams Jamaica in the United States, there have been more than US$1 billion in listings and this is expected to continue to increase “once the company is officially launched in Jamaica within another six weeks (or) by the end of May”.