CHRONIXX is busy in New York preparing for his four-month-long tour of North America and the release of his upcoming album Chronology, which is set to hit the streets early March.

As part of the promotions for the album, the artiste, who leads the reggae revival breed of young acts, made the second stop at the Tonight Show on American television network NBC last Friday. Host of the program, Jimmy Fallon, is a long-time fan and first had Chronixx on back in 2014 when he was promoting his EP Dread and Terrible.

“I just love, love, love this guy,” Fallon said in introducing the performance. “This guy made his television debut right here on the Tonight Show and will kick off a US tour next week in support of his highly anticipated upcoming album Chronology,” he continued.

This time round, the dreadlocked singer from Spanish Town dropped Majesty and Likes, the lead singles from the album. He sang and danced his way through the near four-minute performance and at the end was given a huge congratulatory embrace from the host.

Following the performance, Chronixx was filled with nothing but gratitude for have been given the opportunity to share from this platform.

“Give Thanks! The Tonight Show was a great experience for myself and all the musicians. We give thanks for these things that come with music. Music comes with a lot of things and this is one of them, the opportunity to impact lives across the world — to touch people’s spirit. It’s a great thing because right now our culture is one of the most powerful forces. People may think that we don’t get a lot of recognition for it but it’s not really about the recognition or what is said but what is done. It’s not about the glory and the awards that you get for the deeds, but the deeds themselves. So we give thanks for the works and the deeds and the ones who do the works and for the ones impacted by it and those remembered for it,” he said.

After the performance, the artiste and his team headed straight to studios in Manhattan for mixing and mastering of tracks for the album. He is working with audio engineer James “Bonzai” Caruso on this leg of the project. Caruso is a five-time Grammy-winning recording/mix engineer and producer, who has in the past worked with the likes of Damian “Junior Gong” Marley, Diana King, Stephen Marley, Mariah Carey, Gwen Stefani, Missy Elliot, Erykah Badu, Lenny Kravitz and Cher. 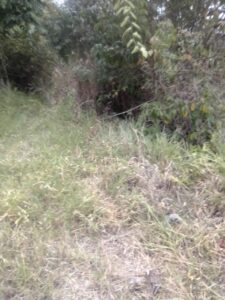 Residential lot for sale in the growing community of New Greens

Residential lot for sale in the growing community of New Greens in the parish of... 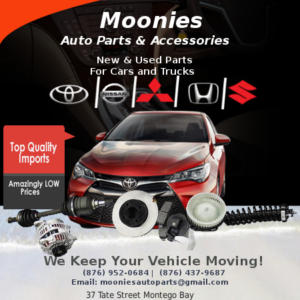